From a Parisian pharmacy to the international laboratory

Laboratoires Gilbert was created in 1904 in France, when pharmacist/botanist, Alexandre Gilbert, developed the cut-to-size Feuille de Saule plaster. This heritage has been passed down through 3 generations.

In 1962 Jacques Batteur, a pharmacist, purchased and set up Laboratoires Gilbert in Hérouville Saint-Clair in Normandy, his home region .

The company experienced a period of exponential growth, driven by Laurent Batteur, who succeeded his father in 1974. This was followed by the creation and purchase of companies and industrial investments. Over the 25 years he spent leading the group, the workforce expanded from 20 to more than 800, and the turnover grew from 400,000 euros to 180 million euros. This was an extremely positive result for the builder-contractor, who was determined to maintain the company's independence and always prided himself on the fact that the company remained 100% family-run.

Today, his son, Cedric is at the helm and intend to ensure the continued growth of the laboratory both in France and on the international stage.

The ability to innovate in terms of products, the cutting-edge industrial tool and the continuing rise in internationalisation are additional assets paving the way to a rosy future for Laboratoires Gilbert. 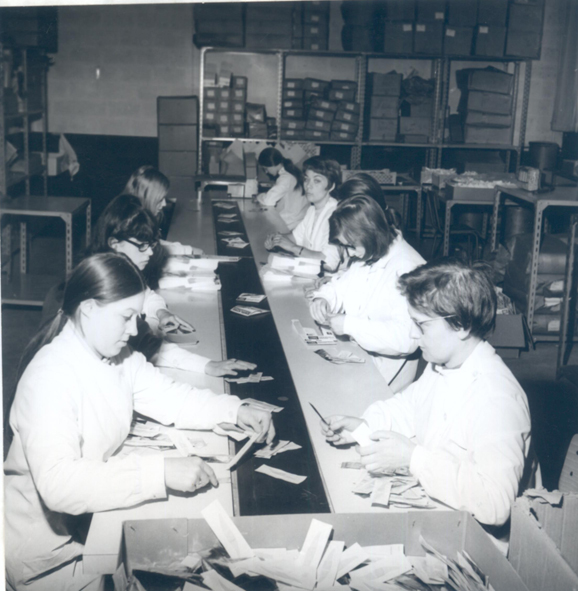 To find a sales outlet near you, you will be directed to the Laboratoires Gilbert Webzine Hi Families.

To keep up-to-date with our latest plans, you will be directed to the Laboratoires Gilbert Webzine Hi Families.